The Corporation for Public Broadcasting may have a documentary problem.

At a House subcommittee hearing on Tuesday, CPB president/CEO Patricia Harrison heard mostly support from Congressional members on attendance. With House critics of funding for public broadcasting mostly absent, the focus was on how public radio and TV stations support education, veteran, health and safety issues across the country – particularly rural areas.

One Congressperson even asked Harrison how the CPB would allocate its funds if its annual appropriation was doubled from its current level ($445 million annually). The hearing came just weeks after Donald Trump’s proposed budget suggested a complete elimination of CPB funding.

The hearing was mostly devoid of fireworks, except when Rep. Andy Harris (R-Md.) took issue with a handful of recent documentary titles, such as “Baby Mama High,” which aired on “Independent Lens.” 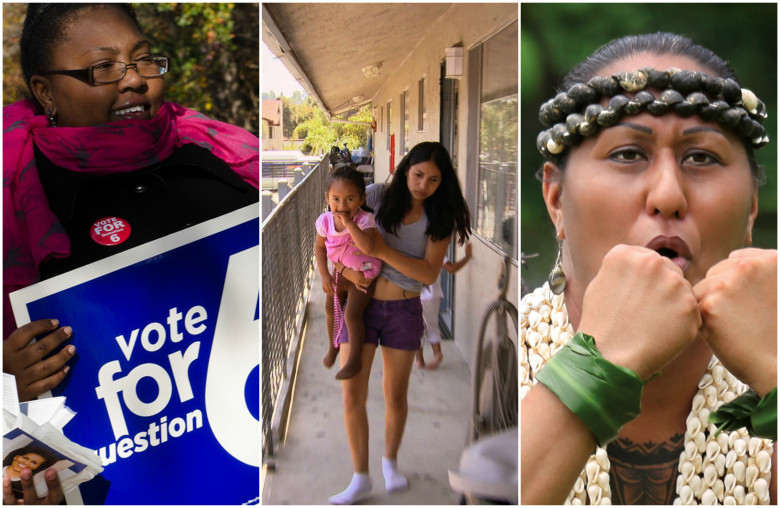 Although the title gives the impression that it might be a salacious reality show, “Baby Mama High” was a short film that examined the startling stat that 52% of American Latina teens become pregnant. The doc followed the story of one young Escondido, Calif., mother whose boyfriend wants her to quit school.

Harris also took a swipe at the 2014 doc “Kumu Hina,” which follows the story of a transgender native Hawaiian woman who teaches hula and is an activist for Native Hawaiian issues.

“When you produce shows like ‘Kumu Hina,’ almost a third of a million dollar investment, or “Baby Mama High” [which cost] $50,000, which you know $50,000 pays for the healthcare of ten individuals on the Affordable Care Act,” Harris said, “I have to respond to people in my district… and in fact they would resent if I was publicly funding that. Similarly with ‘Baby Mama High.’ I read the summary here. I haven’t seen it. I should probably see it. But then again, I’m not sure I want to watch something that says someone shouldn’t get married.

“I can’t explain to the people in my district why CPB invested $302,000 in ‘Kumu Hina,'” he added. “You give me the explanation, how I go to my constituents and say that was a good investment of their tax dollars. I’m in a highly Republican, conservative district.”

Responded Harrison: “In terms of public media, the documentaries we do, the work of Ken Burns or Dr. Henry Gates, I would say in the aggregate it brings people together.”

Harrison pointed to another “Independent Lens” documentary, “Half the Sky,” which raised awareness about sex trafficking and forced prostitution around the globe. “Maybe we don’t get it right 100 percent of the time. But I’m willing to bet we get it right 90%,” she said. ” We deserve the appropriation because we can prove we make a difference in the lives of Americans, not just the 1% but a majority of Americans who can’t afford their cable bill or market solutions.”

“My constituents may not like a lot of the programming that your constituents like,” she said. “The point is, in America I thought we had a free press, and I thought the First Amendment ruled, and I thought it was OK to disagree or agree. That’s the beauty of PBS and NPR. This zeroing out of PBS flies in the face of our democratic principles.”

Harris wasn’t done, however, attacking one more PBS “Independent Lens” documentary: 2014’s “The New Black,” which explored the fight for marriage equality in the African-American community. Harris took particular issue with the term “marriage equality.” (It should also be noted that all three docs singled out by Harris focused on different stories about women of color in America.)

“I know a lot of people who don’t like the term ‘marriage equality’ because they don’t believe anything is equal to marriage,” he said. “But this public broadcasting station chose a politically charged term and then compared those who are for it with someone who is ‘against marriage equality.’ Words have meaning. This is biased. I don’t have to see it to know it’s biased, I just read the description. This is not education, this is agenda. I beg you. If you come for government funding, you must remove as many vestiges of political agenda as you can.”

Harris said he was particularly concerned because, when running for reelection, “I don’t want an ad run against me that says I voted for funding a film that inspires ‘a tomboyish young girl to claim her place as leader of an all-male hula troupe.’ I can see the ad. That’s from ‘Kumu Hina.’ I beg you, please remove the agenda from education. This has to be neutral content. If you come for public funding and claim free press, it’s government-funded press and my citizens will resent some of the agenda. You’re absolutely right, 98% 99% of the time you get it right. But 1% poisons the well.”

Responded Harrison: “We are tasked with two things: A firewall of independence for content providers and ensure balance and objectivity. These are sometimes clashing objectives. I think overall, we’ve done pretty well.”

Founded in 1967 by the Public Broadcasting Act, the Corporation for Public Broadcasting is a nonprofit organization, funded by the government, to fund programming and also hand out grants to public television and radio stations to help cover some operational costs. Per its mandate, around 71% of CPB funds from Congress must go to local stations.