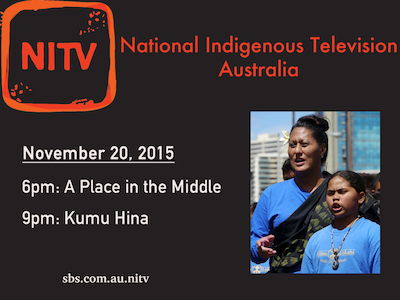 Founded by activist and transwoman, Gwendolyn Ann Smith, the Transgender Day of Remembrance marks the death of transgender African American woman Rita Hester, who was murdered in a hate crime on 28 November 1998.

Such a day reminds us of human beings' capacity for the most abhorrent behaviour and acts.

But in the face of 21st century exclusion and discrimination, we can look to our ancestors and traditions for answers. When it comes to acceptance of gender diversity, the native Hawai'ian culture offers powerful lessons.

"The meaning of 'Aloha' is 'love, honor and respect for all"

The meaning of 'Aloha' is 'love, honor and respect for all', which might be symptomatic of a wider culture that promotes equality and dignity. But beyond that, expressions of gender and sexuality which are creative or fall outside of mainstream norms have traditionally been celebrated in Hawai'ian culture.

As the documentaries 'Kumu Hina' and 'A Place in the Middle' reveal, living between both genders is the powerful 'māhū' way. Hawai'ian heritage respects the māhū people, which it says embody both the male and female spirit. Māhū have traditionally taken on roles as caretakers, healers and keepers of ancient traditions.

"When I was in high school I was teased and tormented for being too girlish. But I found refuge in being Hawai'ian."

Māhū Hina Wong-Kalu says in the documentary 'Kumu Hina' that she found sanctuary in her culture and heritage: 'When I was in high school I was teased and tormented for being too girlish. But I found refuge in being Hawai’ian.'

Now a teacher and cultural director at a charter school, Hina teaches her students about their culture's time-honoured traditions and values.

'Kumu Hina' follows Hina's story as she helps a student, Ho'onani, who is also 'in the middle'. It is a truly inspiring story about love, identity and compassion that takes us to the exhilarating final performance of a hula troupe.

'A Place in the Middle' is a version of 'Kumu Hina' for children.

Take the Pledge of Aloha by visiting kumuhina.com

I believe that every person has a role in society, and deserves to be included and treated with respect in their family, school, and community.

I believe that every person should be free to express what is truly in their heart and mind, whether male, female, or in the middle.

I believe that every person should be able to practise their cultural traditions, and to know and perpetuate the wisdom of their ancestors for future generations.

I believe these values are embodied in aloha: love, honor and respect for all.

Therefore, I pledge to live aloha in everything I do, and to inspire people of all ages to do the same.