In traditional, Western culture, gender identity is often considered a binary concept: You are either male or you are female.

This restrictive and defining construct makes it difficult for our society to understand people like Bruce Jenner, who recently came out as transgender, because they don't always fit neatly into a box. While some transgender people move from one end of the gender spectrum to the other when they transition, other transgender people exist somewhere in between, embracing both genders, neither genders or a multiplicity of genders.

Ultimately, by changing and broadening our definition of gender identity, we can not only better understand it, we can truly embrace it.

In Native Hawaiian culture, for instance, the idea of someone who embodies both the male and female spirit is a familiar and even revered concept. Gender identity is considered fluid and amorphous, allowing room for māhū, who would fall under the transgender umbrella in Western society.

“Māhū is the expression of the third self," Kaumakaiwa Kanaka‘ole, a Native Hawaiian activist and performer told Mana magazine. "It is not a gender, it’s not an orientation, it’s not a sect, it’s not a particular demographic and it’s definitely not a race. It is simply an expression of the third person as it involves the individual. When you find that place in yourself to acknowledge both male and female aspects within and accept the capacity to embrace both … that is where the māhū exists and true liberation happens.”

As an upcoming PBS documentary "Kumu Hina," about a transgender woman and teacher, shows, māhū are thought to inhabit "a place in the middle."

Māhū are valued and respected in traditional Hawaiian culture because their gender fluidity is seen as an asset; the ability to embrace both male and female qualities is thought to empower them as healers, teachers and caregivers.

That ability also helps when it comes to navigating life's challenges.

"I didn’t take to life as my family’s son," Hina Wong-Kalu, the subject of Kumu Hina, says in Mana. "I wanted to be their daughter. However, for me to expand my own personal journey and the challenges in my life, I’ve had to embrace the side of me that is the more aggressive, the more Western-associated masculine when I need to. But that’s the beauty of being māhū, that’s the blessing. We have all aspects to embrace.” 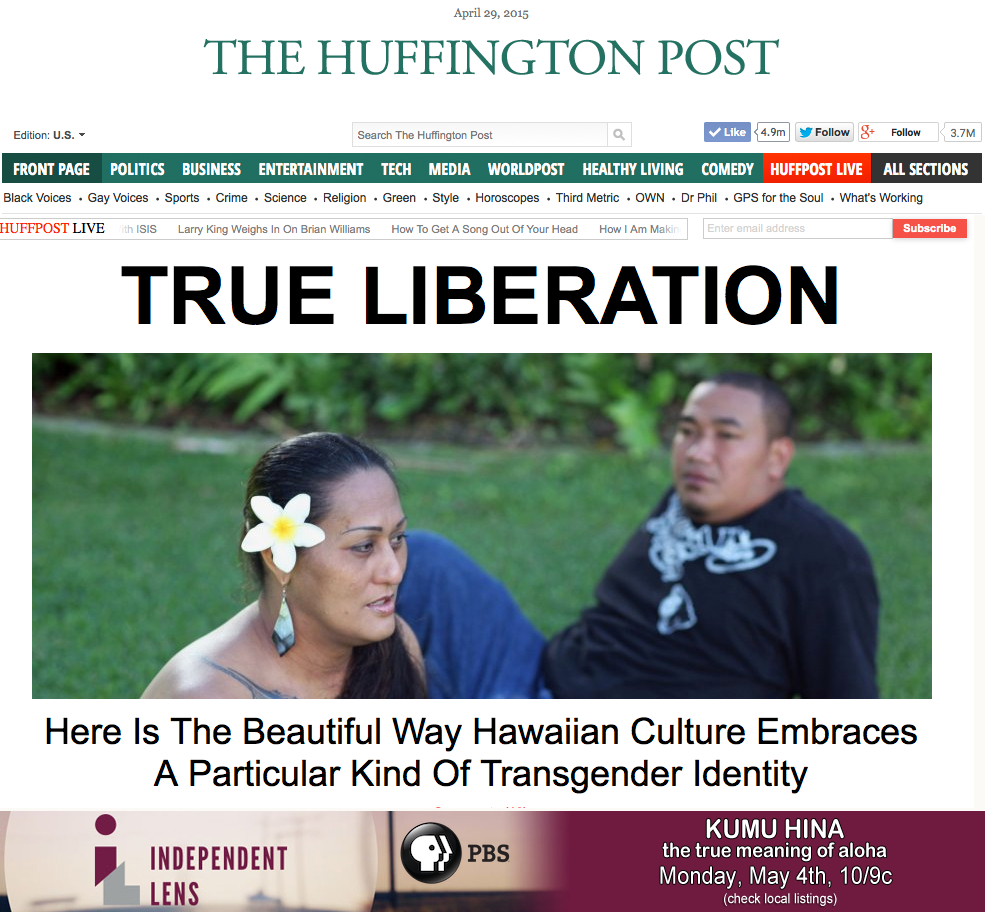